It’s been far too long since I last shared a recipe with you. I could give you reasons and excuses as to why I have been too busy and distracted to write, but as you are probably aware I am not a fan of waffle so I will just get on with it and share my new favourite thing with you.

A friend and I had a sudden urge yesterday to make sticky toffee pud; mostly because we made a big pot of coffee which we then forgot about, and soaking dates in it seemed like as good a way as any not to waste it. A quick Internet search brought us to this recipe, which we then adapted to make this fabulous cake. 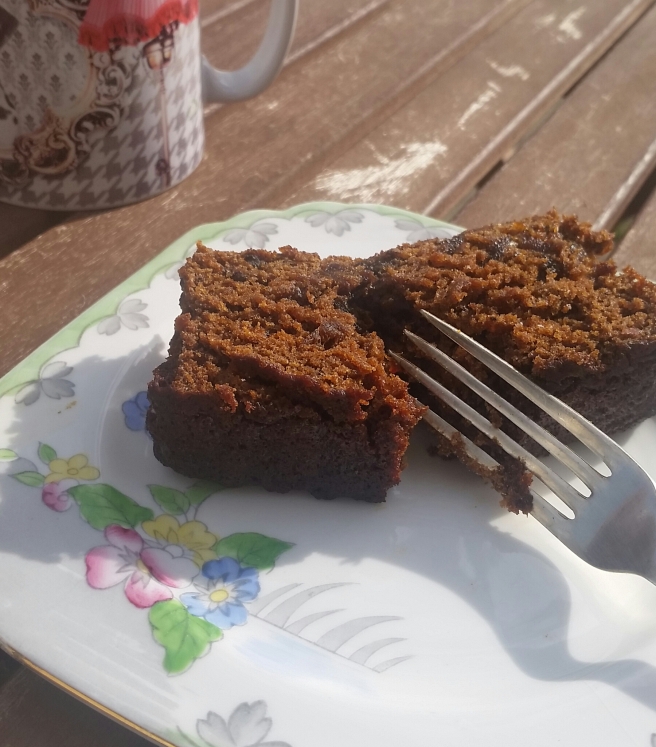 Most importantly, the dates were soaked in coffee, not in water! We soaked them for rather longer than stated in the recipe (overnight is best), which meant that we didn’t need to use the very expensive and wonderfully gooyey Medjool dates; instead we used cheaper dates (no pun intended!) intended for baking instead.

The second adjustment was that rather than making a number of individual puddings we used two loaf tins. This did mean however that it took longer to cook; approximately 40 minutes. I suggest putting a skewer into the cakes at about 35 minutes; if it comes out clean it is cooked, if not put it back for five or ten minutes and then do the skewer test again.